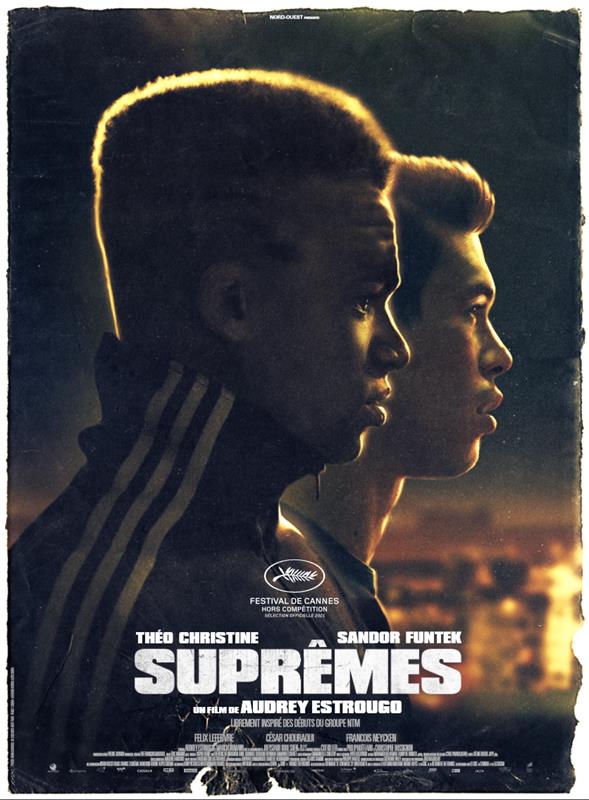 Authentik is an explosive and true biopic, telling the extraordinary story of French hip-hop duo, Suprême NTM, whose personalities are larger than life and as dissimilar as possible!

Rap music in the early 90’s is still in its infancy and not yet well-established in France. As the violence between police and youth in city housing projects rises, two young men, Joey Starr (Théo Christine) and Kool Shen (Sandor Funtek) take France by storm with their new sound. They make hip-hop the voice of disenfranchised youth, revolting against rising inequality in an oppressive system.

Director Audrey Estrougo (Jailbirds and By Your Side) masterfully presents a snapshot of the beginnings of the group from Seine-Saint-Denis, through to Suprême NTM’s first concert at the Zénith in 1992. The film highlights the gritty, dark and sometimes violent style of the band who harnessed their hardcore approach to speak out against racism and later advocate for non-violent protest.

Pre-production for Authentik took place during the Black Lives Matter movement in 2020, which inspired both Christine and Funtek in their portrayal of the revolutionary leads. Supervised by NTM themselves, this film is France’s Straight Outta Compton.