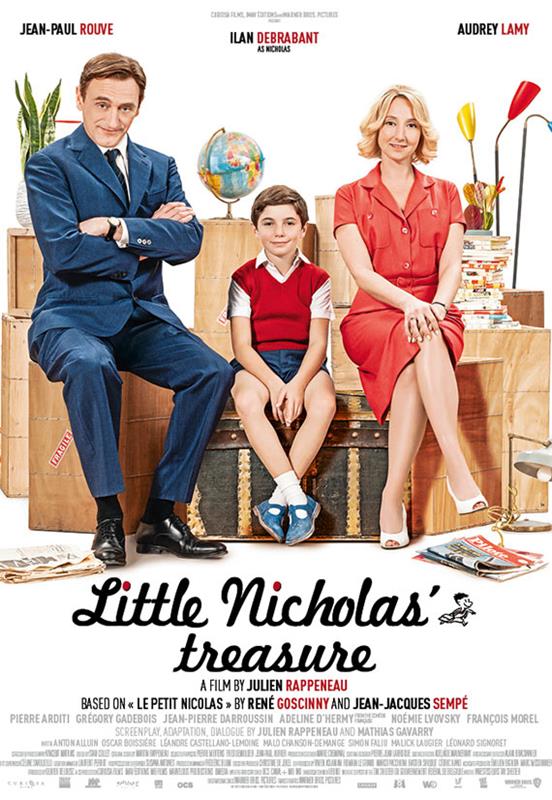 France, early 1960s. In the idyllic world of 9-year-old Nicholas (adorable newcomer Ilan Debrabant), there is Papa (Rouve), Mom (Lamy), his school and - most importantly - his ragtag group of friends. Mischievous and inseparable, they call themselves ‘The Invincibles’, and life couldn’t be better.

But when his father receives a sought-after promotion and announces that the family must move to the South of France, it’s the worst news imaginable. Nicholas simply can’t fathom life without his pals, and neither can they. Before long a plan is afoot to prevent this terrible relocation…

As fun-loving as its namesake, Little Nicholas’ Treasure captures the magic of childhood and the values of both family and true friendship. With an all-star ensemble cast including Grégory Gadebois and Jean-Pierre Darroussin, this wildly entertaining film will strike a chord with all audiences