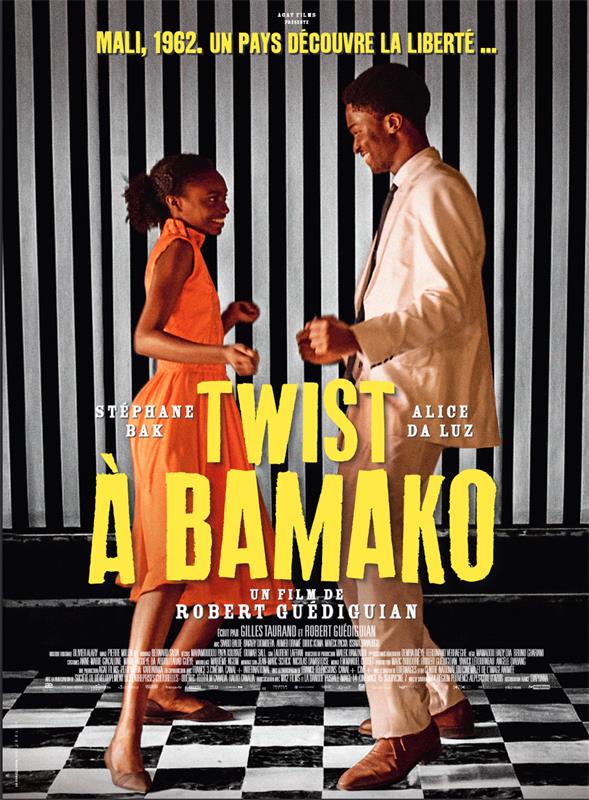 Robert Guédiguian (Gloria Mundi, The Snows of Kilimanjaro, Marius and Jeannette) sets his youthful 1960s love story Mali Twist against the backdrop of the febrile atmosphere of post-Colonial Mali, amongst youngsters dancing to rock and roll music and ‘the twist’.

French actors Alicia Da Luz Gomes and Stéphane Bak (Farewell to the Night, AF FFF20) co-star as a spirited young woman, who wants to escape her arranged marriage, and a young socialist whose paths collide in the capital, Bamako. Mali Twist tells a story about dreams of political renewal and independence.

With beautiful cinematography, inspired by the photography of Seydou Keita and Malick Sidibe, Mali Twist is a time capsule that explores a lesser-known side of Mali’s history. This juxtaposition of nostalgia and tragedy gives way to intimate imagery of two young people experiencing freedom and loss simultaneously.

Against a backdrop of change, audiences are treated to a unique blast from the past where iconic 60’s hits punctuate the naivety of youth and reality of politics. This powerful love story captures a country torn between tradition and revolution.