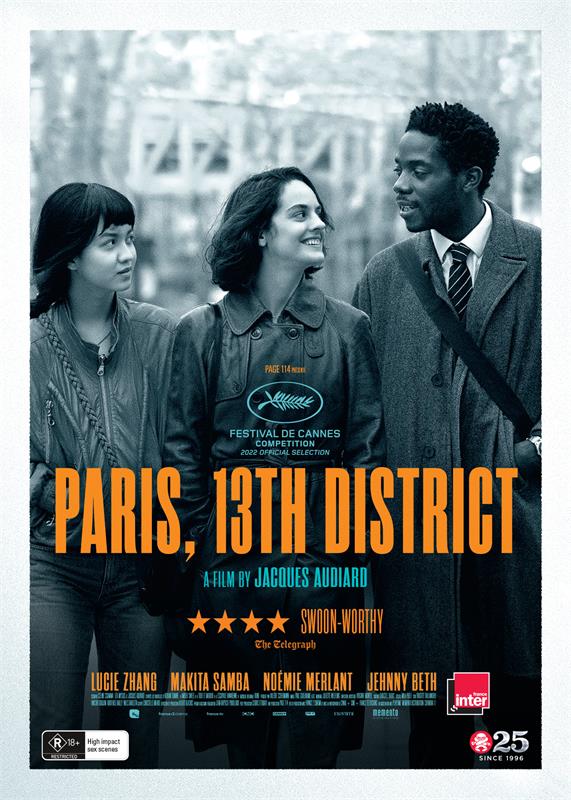 The film delights, enchants and upsets. Palme d’Or winner Jacques Audiard (The Sisters Brothers, AF FFF19) paints a picture of a district of Paris, an era and a generation. Paris, 13th District is foremost a film about youth where disillusionment is met with dramatic change to occupations, lifestyles, and love lives as the characters compete against fleeting connections in the digital age.

Co-written with two of French cinema’s brightest writer-directors, Léa Mysius (Ava, AF FFF18) and Céline Sciamma (Girlhood, AF FFF15), the 13th district of Paris becomes the sublime setting for a love affair between four young adults in search of themselves, carried away by the hypnotic electronic music of French composer Rone. A story of intertwining lives and relationships that redefines what modern love is.