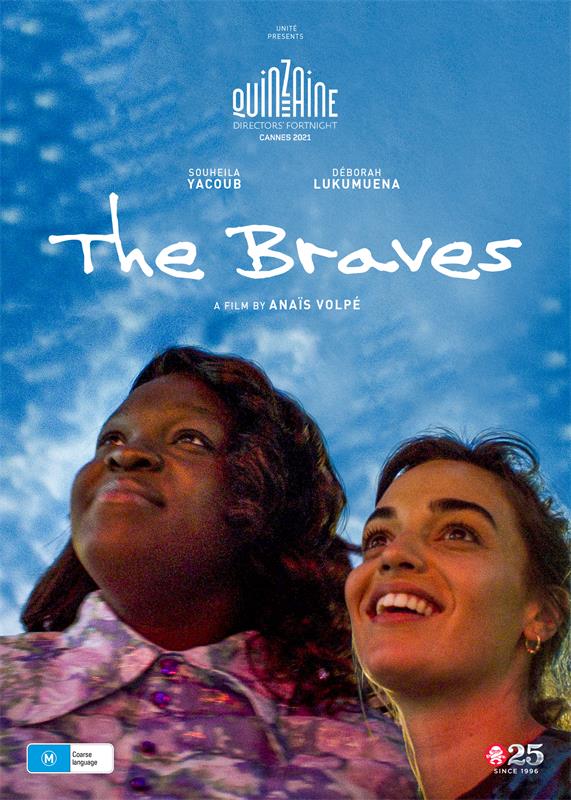 Both girls go through a roller-coaster of emotions: guilt, grief, anger and a sense of injustice. Nonetheless their ride-or-die relationship can get them through anything: they are inseparable, unstoppable.

The Braves is unique in its portrayal of twentysomething women with adolescent energy typically found in male “buddy” comedies. Anaïs Volpé’s frenetic energy of untouchable female exuberance is spurred along by American cinematographer Sean Price Williams’ (Good Time and Her Smell) hand-held camera work that fills the characters’ platonic friendship with urban romance.

In her debut feature, director Anaïs Volpé explores the power of friendship and youth and the unexpected challenges life can present. A film full of energy and life, The Braves was selected to be part of the Directors’ Fortnight (la Quinzaine des Réalisateurs) at the Cannes Film Festival 2021 and also features Angélique Kidjo as Alma’s mother, Amina.