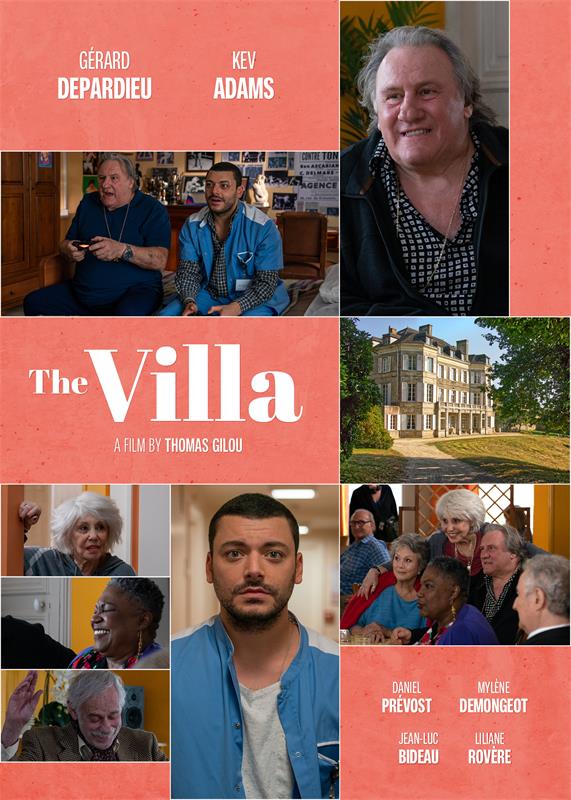 With an all-star ensemble cast led by Gérard Depardieu (Lost Illusions, AF FFF22) and Liliane Rovère (Call My Agent!), The Villa joins the ranks of The Best Exotic Marigold Hotel, Calendar Girls and The Intouchables, with its touching and oft-hilarious depiction of friendships formed against all odds.

An unlikely story of friendship between Milann (Kev Adams), a young man on parole, who is forced to work in a retirement home rather than going to jail, and a larger-than-life group of retired people who are reluctant to accept this new recruit.

Though as the endearing relationships between Milann and the band of seven inseparable friends form, they each in their own way, share their vision of life. The back and forth between Kev Adams and the actors of the former generation provides eccentric entertainment every millennial will relate to and every grandparent will enjoy.

From the director who brought you the classic French trilogy Would I Lie to You? Thomas Gilou is back with a hilarious comedy filled with wisdom.