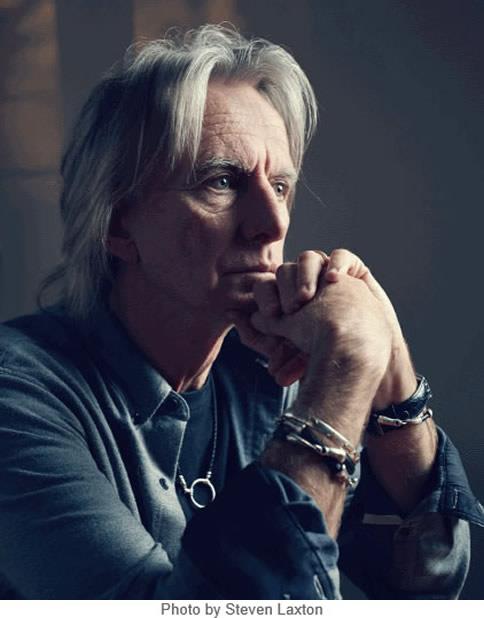 “I look forward to celebrating and discussing the profound impact of French cinema on global culture, as well as for me as a filmmaker"

His directing credits include Hollywood films : 'Snow Falling on Cedars' (1999) with Ethan Hawke and Max von Sydow, 'Hearts in Atlantis' (2001) with Anthony Hopkins, 'No Reservations' (2007) with Catherine Zeta-Jones, 'The Lucky One' (2012) with Zac Efron, and ‘Fallen’ (2016) – an independent feature shot in Hungary.  Integral to this work has been the collaboration with his wife, producer Kerry Heysen.

Australian productions include  'Glass: A Portrait of Philip in Twelve Parts' (2007) a documentary feature on Philip Glass, 'The Boys Are Back' (2009), with Clive Owen, and his documentary feature 'Highly Strung', which opened Adelaide Film Festival 2015. 'Glass' was shortlisted for Academy Award nomination and a prime time Emmy Award and won the Best Documentary Australian Film Institute Award.

He is currently in production on another feature documentary ‘The Musical Mind’,  and is developing film projects through his recently-formed MAY30 Entertainment venture with  Singapore-based global company MindChamps.

An energetic supporter of the arts, he is Patron of the Helpmann Academy Foundation. He is also an accomplished photographer with five solo exhibitions to his credit.   A keen cyclist and bibliophile, Scott has been known to escape from film meetings to Yacca Paddock Vineyards which he and Kerry own in the Adelaide Hills, in time to chase kangaroos off the vines at dusk in his Gator ATV.

“It is with great pleasure that I join AF FFF as an ambassador. I grew up on French cinema, my first feature film screened In Competition at the Cannes Film Festival, and I wrote and directed a French language film, in collaboration with iconic French screenwriter Gerard Brach. My passion for French filmmakers is literally in my DNA. I look forward to discovering this years’ standout French movies!”

Samantha Lang is a multi-award-winning Australian filmmaker, her films having been featured at the Australian Film Institute Awards and more. Working across the globe as a talented writer, director, and producer, Lang’s films have been screened at major international festivals including Sundance and Toronto. Her film The Well competing at the 1997 Cannes Film Festival for the prestigious Palme D’Or.
Themes of gender, environment, and diversity pervade many of Lang’s projects, from her art to her doctoral candidacy. Her company ‘Handmaid Media’ has an eye for both emerging and established talent and produces films which unearth stories from diverse perspectives.

In 2015, Lang was elected as President of the Australian Director’s Guild tasked with increasing racial, gender, and class diversity in the sector, and in 2016 as part of Screen Australia, developed the Gender Matters Initiative.
She has worked on everything from informative VR films to TV Drama series, and is currently pursuing an Asian Australian YA feature, Laurinda, and adapting Nakkiah Lui’s cross-cultural comedy Kill The Messenger into an eco-thriller, Brown Lake. Lang speaks fluent French and as an ambassador for the festival will comment on the influence French cinema has had on her film style and career. 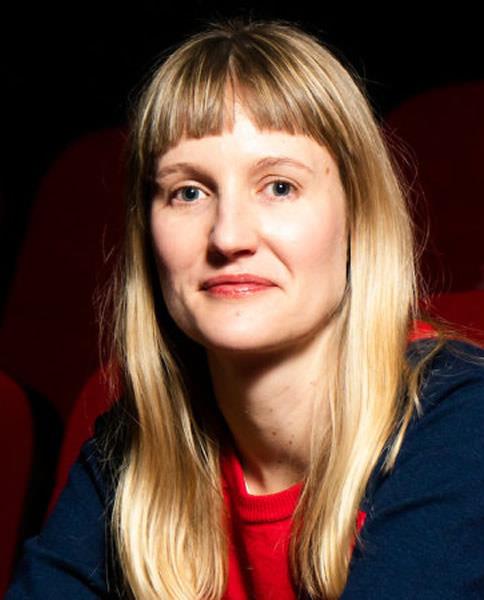 “I am so honored to be an ambassador this year. I have been fortunate to have lived so close to France over these past two years and experienced the French film scene up close and personal. My favorite film in recent years is a French film called Custody which left me breathless! As well as the very recent Petite Maman by one of our greatest female filmmakers Celine Sciamma.”

Hailed by Variety as one of 10 directors to watch in 2020, Shannon Murphy is a multi-award-winning film, television and theatre director. After an acclaimed career in theatre and having established herself in television, Shannon’s debut feature film Babyteeth (2019) earned her accolades worldwide, including a BAFTA nomination for Best Director.
Starring Ben Mendelsohn, Essie Davis and Eliza Scanlen, Babyteeth competed at Venice Film Festival, nominated for the Golden Lion – one of only two films directed by women in festival competition.

In television, her most recent works included the latest season of Killing Eve (2020) and directing many much-loved Australian television shows such as Rake, Offspring, and Love Child. Shannon is currently directing The Power for Amazon Studios, based on Naomi Alderman’s best-selling novel of the same name.
Shannon Murphy is the recipient of the Kering Women in Motion prize, presented at the 2021 Cannes Film Festival in recognition of promising female talent within our industry. 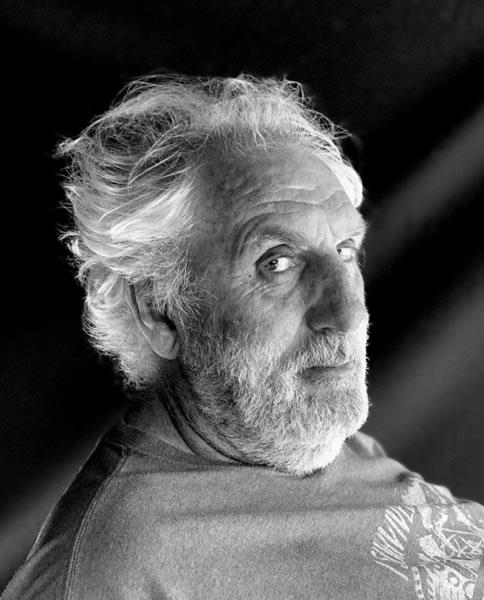 “The French New wave of the late 50’s and 60’s had an enormous influence on the so called Australian New wave of the 1970’s, of whom I was one. The French showed us that independent movies could be
successful outside the conveyor belt of the Hollywood Studio system. And the French inspired us to be bold in the way we told our stories. My film Newsfront (1978) was the culmination of a decade spent watching mainly French cinema.”

Born in Griffith, New South Wales, Noyce, began making short films at the age of 18, inspired by a screening of US and Australian experimental films, leading him to pursue a career in cinema.
After graduating from Sydney University, he joined the Australian Film, Television and Radio School in 1973, and released his first professional film in 1975.
Noyce would go on to create a number of Australian feature films and television series from 1977 to 1988, grabbing Hollywood’s attention with Dead Calm (1988) which launched the career of Nicole Kidman.
This gave Noyce a gateway to critical and commercial success in the US, going on to work with the likes of Harrison Ford, Angelina Jolie, Denzel Washington, and Michael Caine. Though Noyce’s most important film remains the Stolen Generations saga Rabbit-Proof Fence, which won the AFI Award for Best Film in 2002.
Inspired by the stories he grew up listening to, of his father’s service in the Australian Commando unit Z Force during World War II, many of Noyce’s films feature espionage, such as Clear and Present Danger (1994) and Salt (2010).
Noyce’s upcoming projects include The Desperate Hour, starring Naomi Watts, to be released in February 2022, while shooting is under way for the darkly comedic thriller Fast Charlie, starring
Pierce Brosnan.
In late 2021, a 17 feature and 10 shorts retrospective of Noyce’s work was presented at the Cinémathèque Française in Paris, celebrating his lifetime achievements. 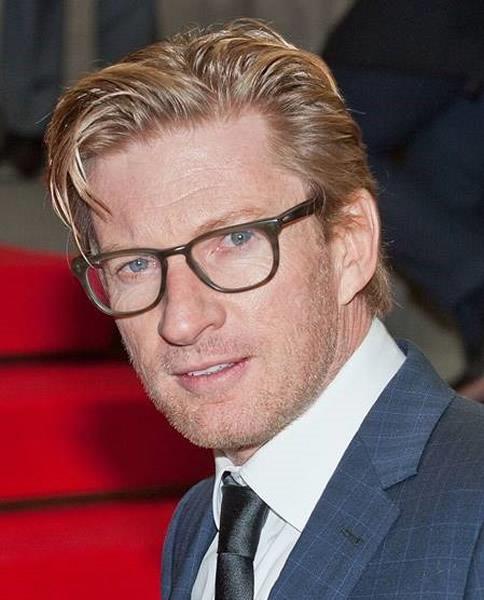 “French cinema has not only entertained, provoked and moved me as an audience member it has also provided invaluable insight, education and inspiration for me as an actor and film practitioner. I am excited to be an ambassador for the Alliance Française French Film Festival and look forward to engaging with both French filmmakers and local audiences.”

Australian actor and director, David Wenham, is one of Australia’s most respected and applauded actors both nationally and internationally. David has appeared in movies, television series and
theatre productions.
David began his career in 1987, appearing in several telemovies including his AFI award-winning role in the Simone de Beauvoir’s Babies (1997) and his iconic Aussie role of charismatic Dan Della Bosca in Sea Change. David then moved to the big screen.
In 1998, his outstanding performance in the critically acclaimed The Boys (1998) took him to Hollywood. He is well known for playing Faramir in The Lord of the Rings, as well as his roles in 300, and many other
blockbusters.
David has divided his time between Hollywood, roles in successful TV series like Top of the Lake, and independent Australian movies. David has a passion for independent films, exploring the challenging depths of characters and their resonance with community as seen in films Lion, The Furnace, and the award-winning performance of the infamous Spitieri in Gettin Square.
Always willing to explore and push the envelope he directed his first feature film, Ellipsis, in 1997. It was shot in ten days in real time. It was an impressive directorial debut, featuring at the Sydney Film Festival.
David will next be seen with Toni Collette on Netflix in the thriller, Pieces of Her.